Skip to main content
It looks like you're using Internet Explorer 11 or older. This website works best with modern browsers such as the latest versions of Chrome, Firefox, Safari, and Edge. If you continue with this browser, you may see unexpected results.

Introduction to the Election Process

Elections in the U.S.A. have always been acrimonious between candidates and parties. 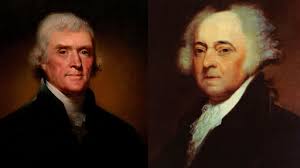 The first Presidential election of the United States occurred from Monday, December 15, 1788 to Saturday, January 10, 1789. The candidates ran on their own so the person who received the most votes became President and the one with the second most votes became Vice President. Each elector was allowed to vote for two people. George Washington received 69 votes, a vote from every elector and became President while John Adams received 35 votes and became his Vice President. There were no political parties at that time.